The credit crunch clearly hasn't hit the world of super-rich art collecting - last week Danseuse (above), a 1915 painting by the Futurist artist Gino Severini sold for more than £15 million at Sotheby's.
Unlike some of his Futurist contemporaries, Severini (1883-1966) seems to have been at least as interested in the flow of the human form as in that of machines, and a number of his paintings feature the figure of the dancer. Severini frequented dance halls and cafés when he was living in Paris before the First World War, including the famous Bal Tabarin nightclub in Montmartre which opened in 1912 and featured in one of his paintings. 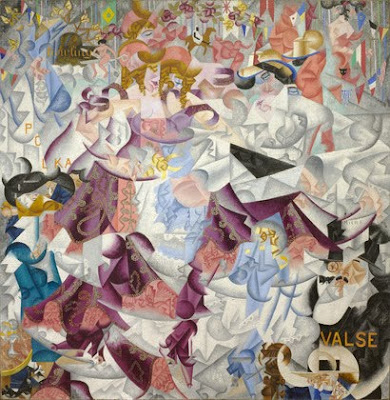 Dynamic Hieroglyphic of the Bal Tabarin, 1912. 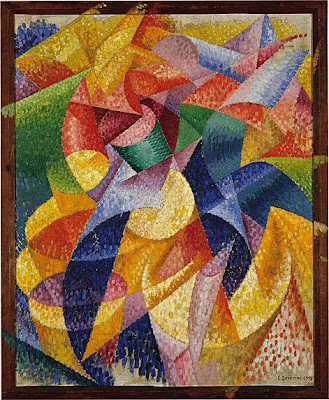 Posted by Transpontine at 7:50 am