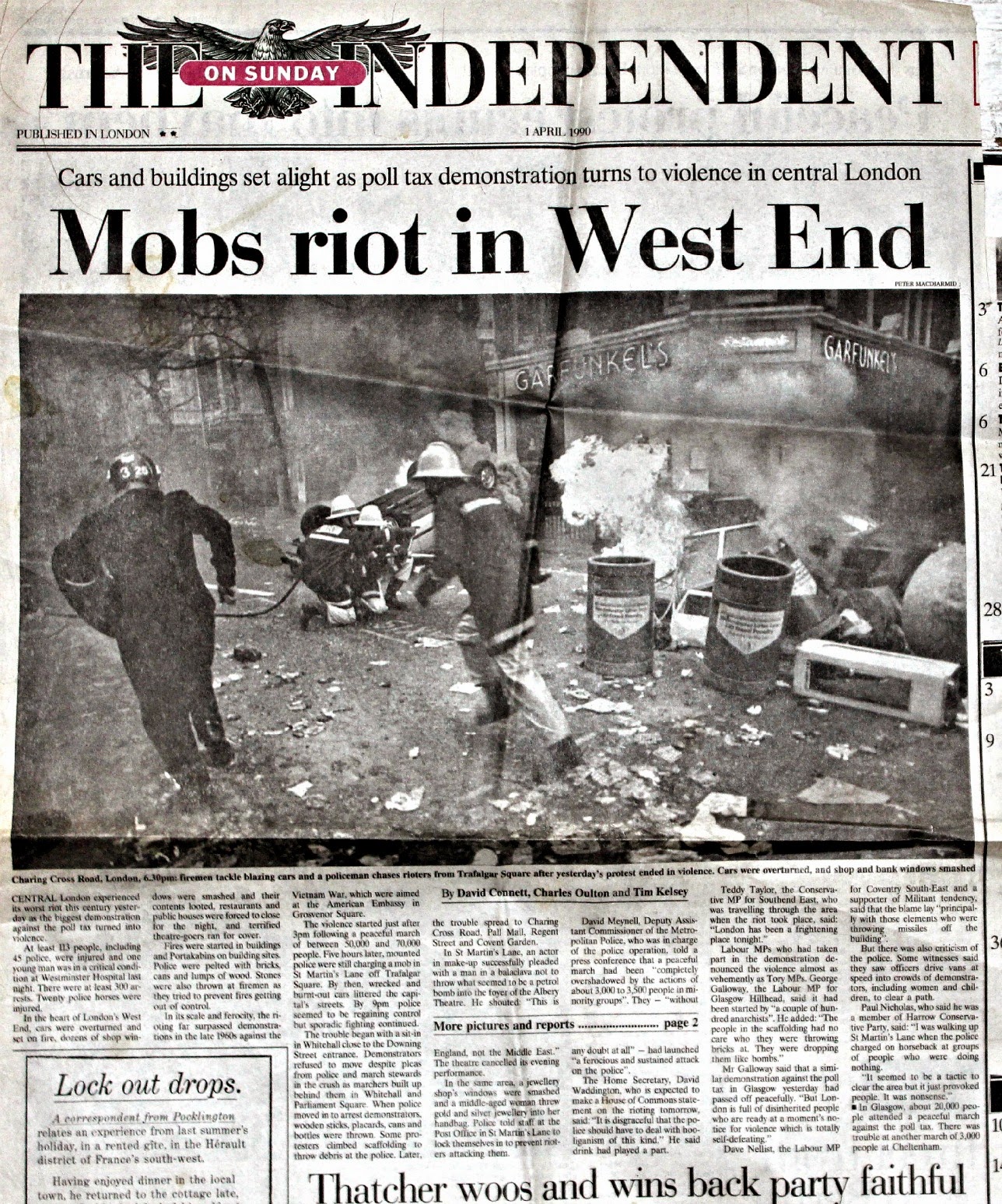 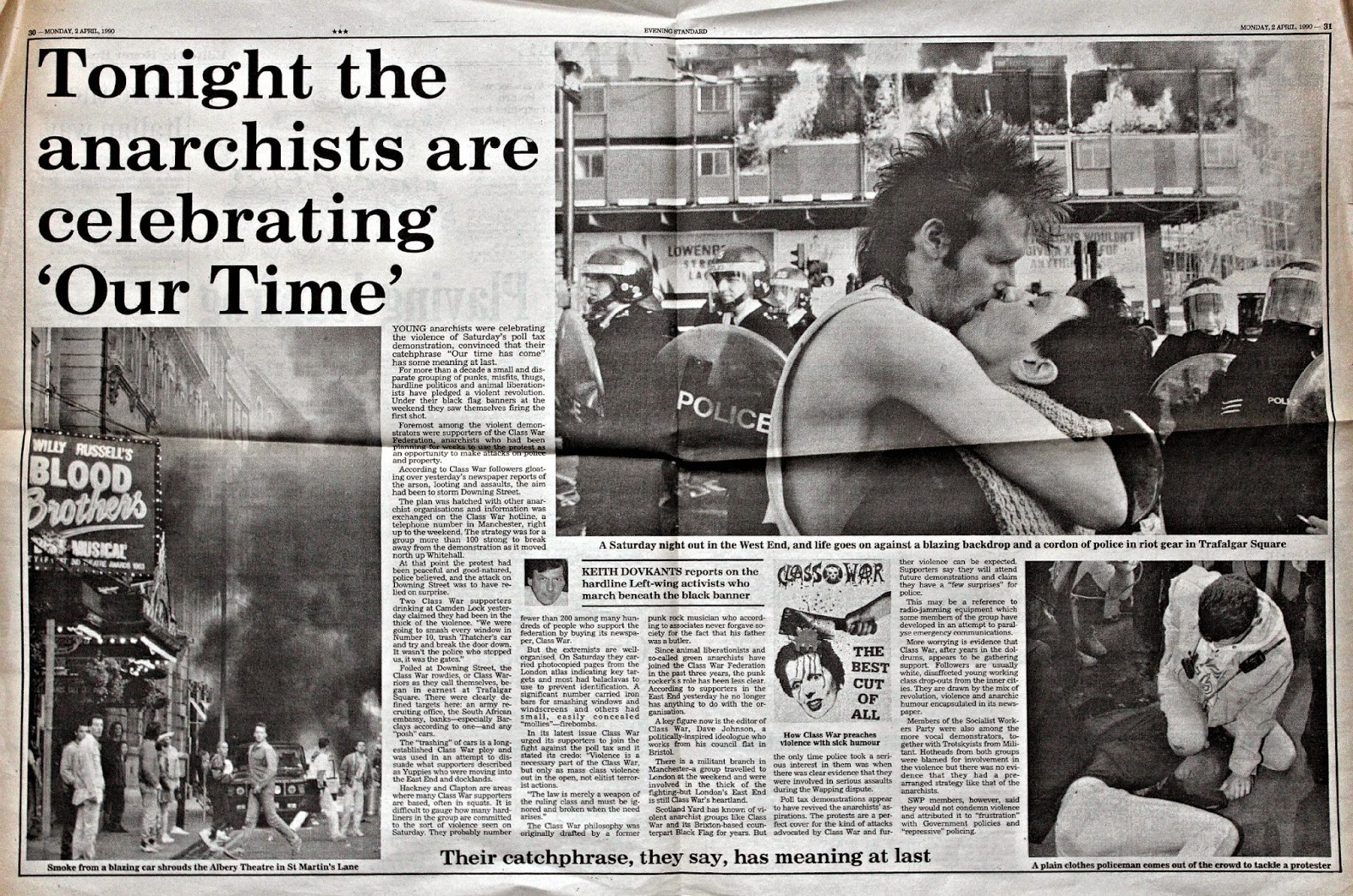 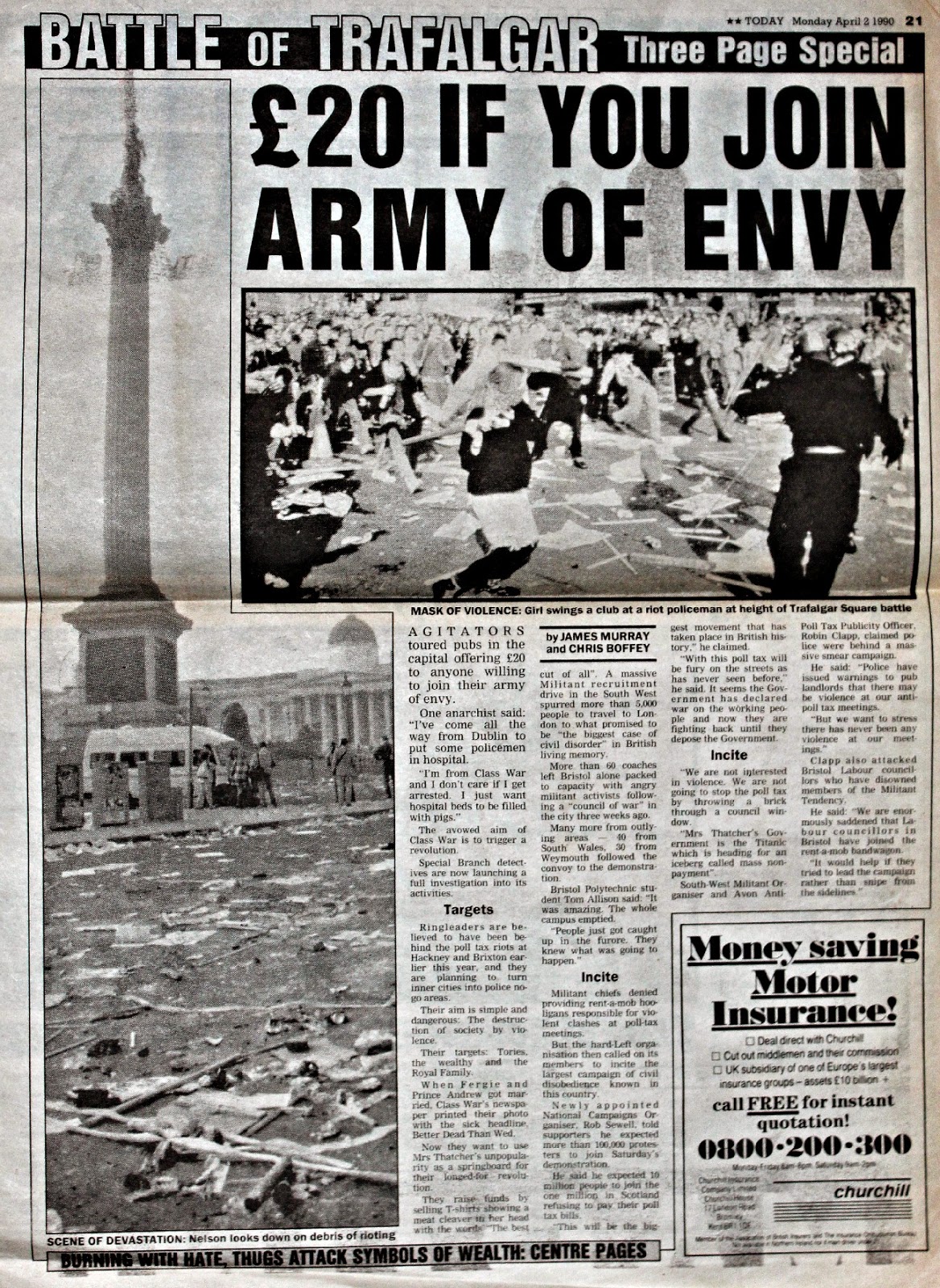 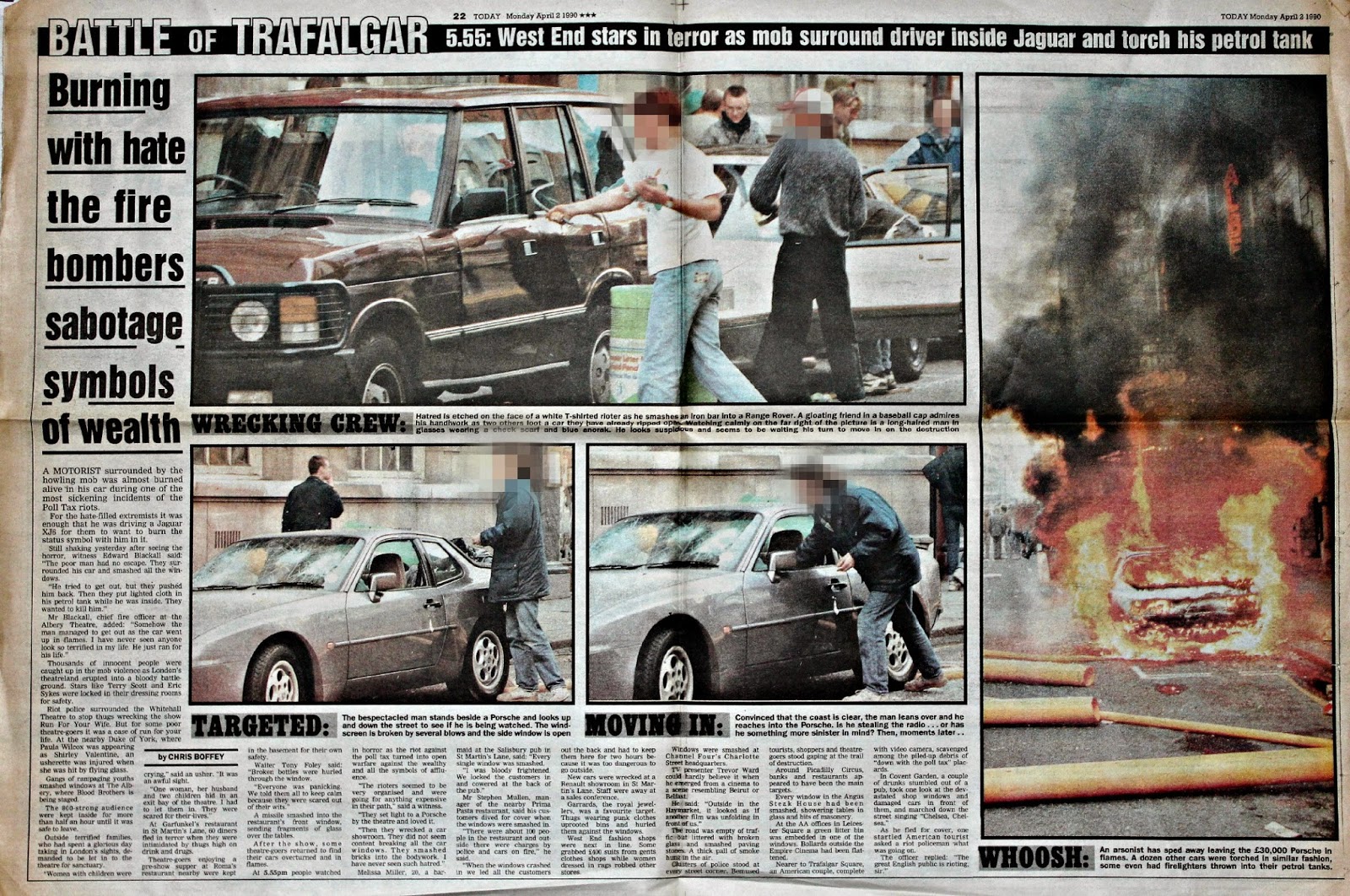 What's fascinating to me is how, in the third clipping, they blur the faces of rioters, which is a very long way from the "name and shame these thugs" type approach I'd expect. Was it a tradition that the press would protect the identities of people filmed breaking the law, and if so when did it die out?

No, I have now added a note to clarify that I blurred out the faces - they are shown clearly in original. The 'name and shame' in the papers was actually a big feature of the poll tax riot coverage, lots of people were arrested in the following weeks as a result of pictures like these.

Oh, I see... yeah, that's much more in line with what I would have expected.

My wife and I arrived in London that night on the first night of our honeymoon having been married earlier that day in our home city of Belfast. After having checked into our hotel, the long gone Regent Palace, we went out for a walk. We walked against the flow of several hundred people being herded down Gerard Street. Once we reached the rear of the crowd a female police officer asked of us "Are you mad, walking through a riot?" to which my wife calmly replied "We come from Belfast. That's not a riot, love. That's a picnic".