'I'm your man: the life of Leonard Cohen' (2012) is an excellent biography of everybody's favourite Jewish-Buddhist-Canadian singer/poet. With nearly 80 busy years behind him there's certainly plenty of material for a book like this, and Sylvie Simmons has interviewed the man himself and many of his friends, collaborators and lovers.

One of the revelations to me was Cohen's time in London before his musical career. Cohen stayed at a boarding house in Hampstead from December 1959 to March 1960, working on a novel. With Nancy Bacal, a friend from Montreal, he drank regularly in the King William IV pub in Hampstead. After closing time they would explore the night time city, wandering around Soho and the East End. They went to the legendary All-Nighters at the Flamingo club on Wardour Street, with its mixed black and white crowd dancing to jazz and R&B. Bacal recalled that 'There was so much weed in the air that it felt like walking into a painting of smoke'.

Back in Canada, Cohen came to the aid of Scottish writer Alexander Trocchi when the latter was on the run for heroin offences in 1961. He was smuggled over the Candadian border, where Cohen met him and put him up in his apartment in Montreal until he got on a boat to Scotland. Cohen later wrote the poem 'Alexander Trocchi, Public Junkie, Priez Pour Nous'.

Cohen returned to London for four months in March 1962, and moved back to 'Mrs Pulman's boarding house in Hampstead' for a while. By this point Nancy Bacal had moved in with her boyfriend, Michael de Freitas - better known as Michael X. The Trinidadian had worked as an enforcer for the landlord Peter Rachman before becoming a civil rights activist: 'a bridge between London's black underground and the white proto-hippie community. Together, Michael and Nancy founded the London Black Power Movement'.

'On this and subsequent trips to London, Leonard got to know Michael "very well". He, Nancy, Michael and Robert Hershorn, when he was in London, would spend evenings in Indian restaurants, deep in discussion about art and politics... Michael X had told Leonard - perhaps in jest, perhaps not - that he planned to take over the government of Trinidad. When he did, he said, he would appoint Leonard minister of tourism'.

Bacal and de Freitas split up in 1967, and renaming himself Michael Abdul Malik he founded the Black House centre in London's Holloway Road with support from John Lennon and Yoko Ono among others. He moved to Trinidad in 1971, where he was hanged in 1975 for murder, despite appeals for clemency from Leonard Cohen and other celebrities. 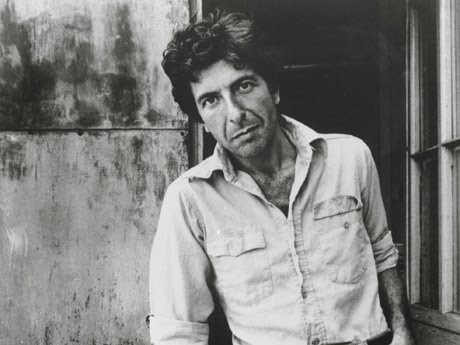 Posted by Transpontine at 10:07 pm