Stuart Hall on the transition from Teds to Mods (1959)

Stuart Hall (1932-2014), who died yesterday, was of course one of the founders of 'cultural studies', and one of the first British-based critical thinkers to take seriously youth sub-cultures. In 1975 he edited, with Tony Jefferson, the influential 'Resistance through rituals: youth sub-cultures in post-war Britain'. 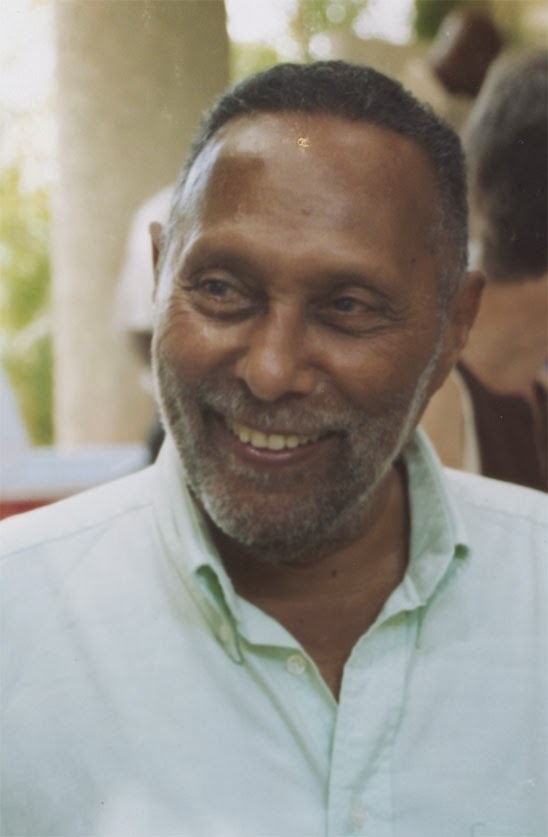 In the 1950s Hall moved from Jamaica to Oxford Universtity and then to London, where he helped edit the Universities and Left Review and then the New Left Review. One of his earlier published articles, Absolute Beginnings: Reflections on the Secondary Modern Generation (ULR 7, 1959), was informed by his experience of teaching in a South London school - Secondary Moderns accommodated the majority of working class pupils who failed the 11+ exams for the more academic and better-resourced Grammar Schools.

One of the things Hall documents in this article is the transition from 'teddy boy' fashions to mod styles, with a close attention to what people were wearing:

'while the superficial changes of style and taste ring out successively, there are some important underlying patterns to observe. In London, at any rate, we are witnessing a "quiet" revolution within the teenage revolution itself.

The outlines of the Secondary Modern generation in the 1960's are beginning to form. The Teddy Boy era is playing itself out. The L-P, Hi-Fi generation is on the way in. The butcher-boy jeans, velvet lapel coats and three-inch crepes are considered coarse and tasteless. They exist- but they no longer set the "tone". "Teds" are almost square. Here are the very smart, sophisticated young men and women of the metropolitan jazz clubs, the Flamingo Club devotees—the other Marquee generation. Suits are dark, sober and casual-formal, severely cut and narrow on the Italian pattern. Hair cuts are "modern"—a brisk, flattopped French version of the now-juvenile American crewcut, modestly called "College style". Shirts are either white-stiff or solid colour close-knit wool in the Continental manner. Jeans are de rigeur, less blue-denim American, striped narrowly or black or khaki. The girls are shortskirted,
sleekly groomed, pin-pointed on stiletto heels, with set hair and Paris-boutique dead-pan make-up and mascara. Italian pointed shoes are absolute and universal.

A fast-talking, smooth-running, hustling generation with an ad-lib gift of the gab, quick sensitivities and responses, and an acquired taste for the Modern Jazz Quartet. They are the "prosperity" boys—not in the sense that they have a fortune stashed away, but in that they are familiar with the in-and-out flow of money. In the age of superinflation, money is a highly volatile thing. They have the spending habit, and the sophisticated tastes to go along with it. They are city birds. They know their way around. They are remarkably self-possessed, though often very inexperienced, and eager beneath the eyes. Their attitudeto adults is less resentful than scornful. Adults are simply "square". Mugs. They are not "with it". They don't know "how the wind blows". School has passed through this generation like a dose of salts—but they are by no means intellectually backward. They are, in fact, sharp and self-inclined. Office-boys—even van-boys—by day, they are record-sleeve boys by night. They relish a spontaneous
giggle, or a sudden midnight trip to Southend: they are capable of a certain cool violence. The "Teds"
are their alter-egos.

They despise "the masses" (the evening-paper lot on the tubes in the evening), "traditionals", "cops", (cowboys), "peasants" and "bohemians". But they know how to talk to journalists and TV "merchants", debs and holiday businessmen. Their experiences are, primarily, personal, urban and sensational: sensational in the sense that the test of beatitude is being able to get so close you feel you are
"part of the act, the scene". They know that the teenage market is a racket, but they are subtly adjusted to it nonetheless.They seem culturally exploited rather than socially deprived. They stand at the end of the Teddy-boy era of the Welfare State. They could be the first generation of the Common Market...

If post-war prosperity have lifted this working class generation up out of poverty, and raised their cultural experiences and their social contacts— that is an unqualified gain. It is the sophisticated advance guard of the teenage revolution who are—at universities and training colleges and art schools and in apprenticeships—the most articulate in their protest about social issues, and who feel most strongly about South Africa or the Bomb. If the cool young men of today were to become the social conscience of tomorrow, it would be because they had seen sights in the Twentieth Century closed to many eyes before. It would not be the first revolution which came out of social deprivation, nor the first Utopia with absolute beginnings.'

(Hall is of course  referencing Colin MacInnes' Absolute Beginners in this closing line, which he reviews favourably in the course of the article).

Posted by Transpontine at 8:25 am No comments: