Previously we discussed how the word Discotheque, coined in France by the 1940s, seems to have entered the English language in the early 1960s, with the opening of La Discotheque club in London by 1961 and a spate of articles in 1964 which used the word to refer to both a nightclub and a French-influenced style of dress. Another blogpost at OUP uncovered that in July 1964 the name of the dress was abbreviated to 'disco' in an American newspaper article and in September 1964 Playboy was the earliest example so far of the word 'disco' being used to describe a club, as in 'Los Angeles has emerged with the biggest and brassiest of the discos'.

Here's some pictures of the Discotheque dress, which seemingly by December 1964 had already been codified as Vogue pattern advertised in Australian Women's Weekly 2 December 1964. Note too that here the name was abbreviated to 'disc dress' (and indeed the London club was sometimes referred to as 'The Disc') 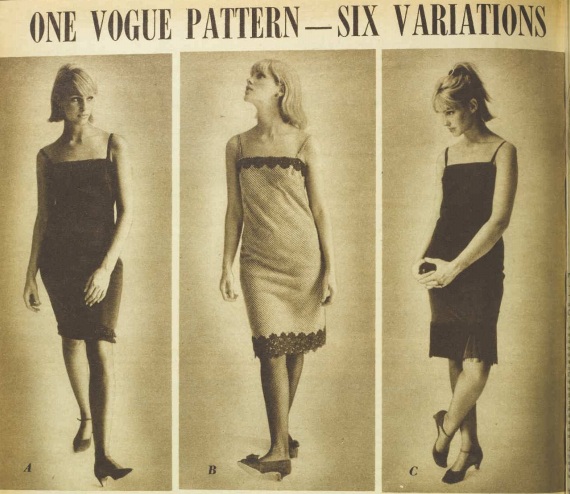 'Here it is, the disc dress - the freshest, swingingest fashion for Christmas party nights ahead. Skinny and short and in one piece, it's a terrific dress for young mods who like to follow the swing beat'. 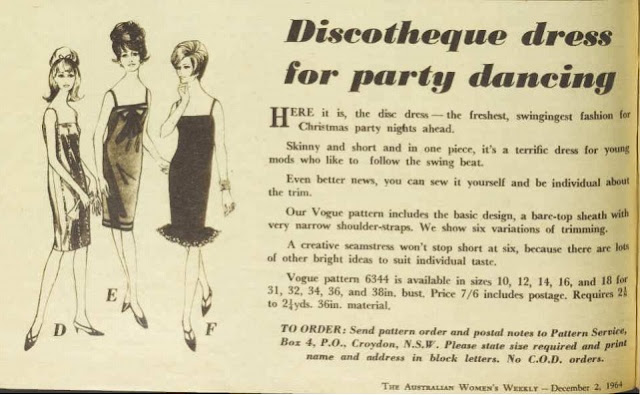 Posted by Transpontine at 2:30 pm